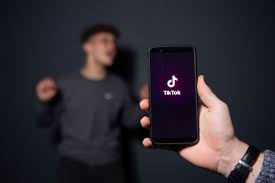 TikTok differs from other social media channels with a higher average time per use. At TikTok, one use lasts significantly longer than other social media channels. On average, one use of TikTok takes about 294 seconds, which is about 29% higher than on Facebook and about half as high as on Instagram. TikTok is therefore engaging as a channel and content is spent on long periods of time.

At TikTok, all users can create content and the app rewards good content regardless of the user’s background. Content created by any user can therefore be widely disseminated on the service, whether it is a new user or a user who has already made a lot of official videos. There is an investment in creating videos, as it takes an average of about 50 minutes to produce one video. TikTok works best with short vertical videos that grab the viewer’s attention right at the beginning of the video and where the content and music of the video meet in terms of either words or rhythm. The best marketing agency can help you in this case.

Advertising is not yet officially open in Finland and other Nordic countries, but already at the end of 2019, advertising has already appeared in TikTok. This advertising has been visibility purchased through third parties, such as the Facebook Audience Network ad slot. In addition, since the end of 2019, it has been possible to purchase advertising through a few different players, such as Azerion Finland. Visibility purchased through Azerion takes place through a network of influencers, with promotional videos linked to the influencers’ own content. Advertising opportunities are likely to expand over the course of the year and we will be aware of the changes and new advertising opportunities as we learn more about them.

TikTok has become the most internationally popular application in terms of downloads and users, and has accumulated a huge number of users in China, and its popularity has also exploded in Finland. The largest user group of the application is young people.

TikTok captures short videos that can be played with a self-selected audio track instead of normal video. In the app, users make their own music and fun videos to which other users can respond with hearts and comments. Anyone can use the app to produce their own videos that can spread quickly around the world.

You can upload homemade videos to the application and follow the outputs of others. Once you have downloaded TikTok and opened the app on your phone, the video will start on your screen automatically. 15-second videos are fast to consume, but take time quickly without noticing.